California In A Glass

St. George Spirits was one of the first American distilleries either of us fell in love with, long before we started Lost Lantern. Located in Alameda, California, St. George has been a trailblazer since its founding in 1982. It is known as the country’s first craft distillery, and it has laid the groundwork for all the thousands that have followed in its footsteps: a deep commitment to experimentation, innovation, quality and precision, fresh and flavorful local ingredients, and above all else to trying new things.

One of those new things was American single malt. When St. George released its first single malt whiskey in 2000, the worldwide boom in single malt hadn’t even started yet. They were blazing a new trail. More than twenty years later, they still do.

Distilled on a pot still and aged for three years and ten months in a new oak cask, this California single malt is a beautiful intermingling of soft, floral flavors with gentle oak, clove, and nutmeg notes. It is almost tropical, with clean grassy notes and a hint of coconut.

Unfortunately, this cask is sold out in this state. Please ask your favorite whiskey store to start carrying our products! 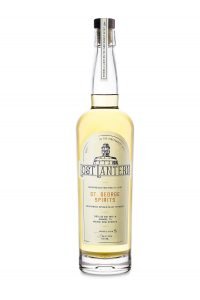 Transparency is paramount to our process. We provide full cask information on all of our releases. Unless a distillery specifically asks us not to disclose something, we will happily share it.

Sign up for the Lost Lantern newsletter to learn about new releases, get updates on our upcoming retail launch, read interviews with our distillery partners, and more.

2022 SUMMER COLLECTION NOW AVAILABLE! Sign up for our newsletter to make sure you never miss a release again!